You are here:
Latest Events 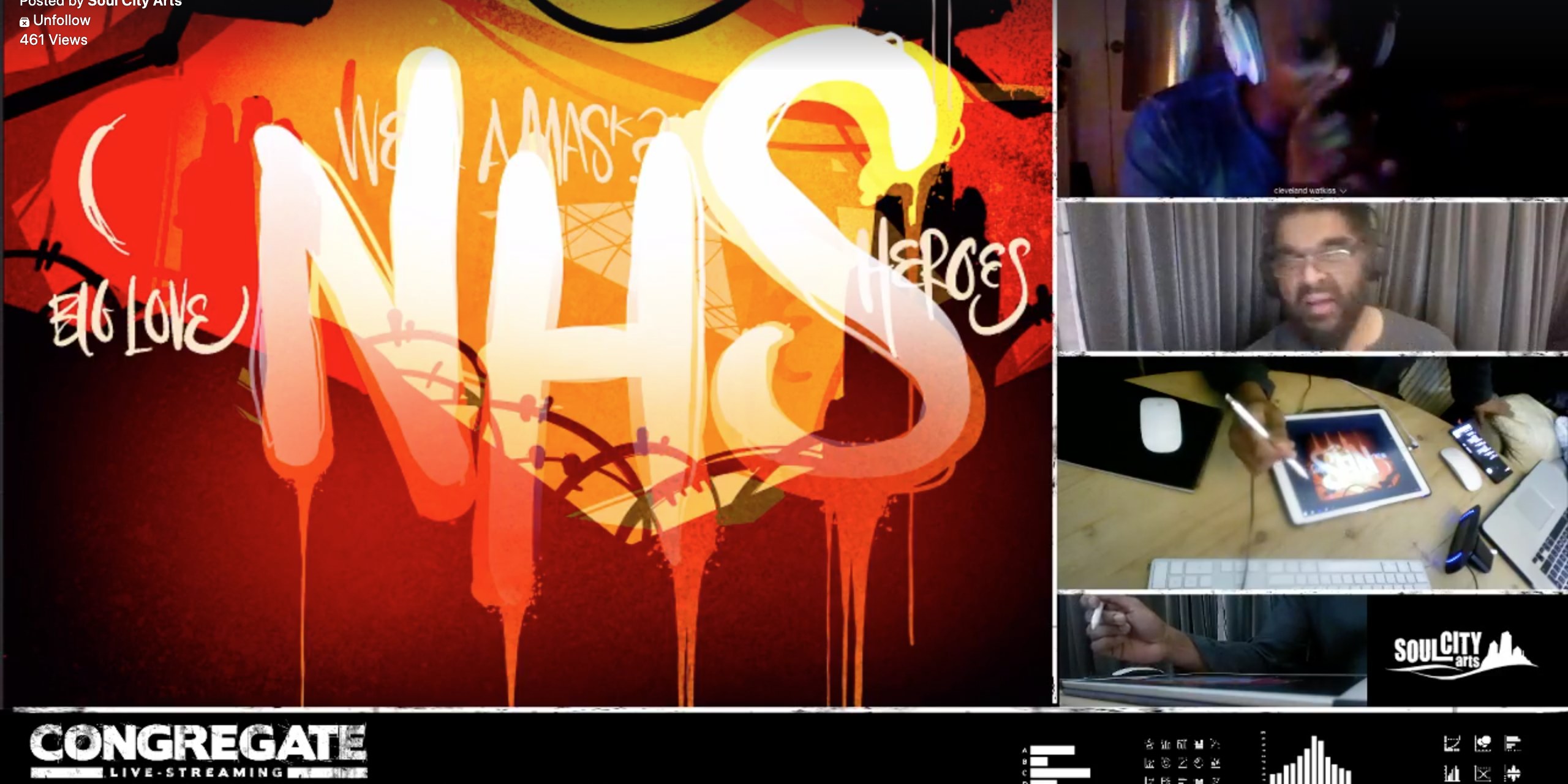 Born in the dark days of lockdown, Congregate has evolved into a layered, immersive broadcast that reaches beyond conventional live streaming.

It translates both the characteristic social engagement and the artistic feel of many of Soul City Arts other projects. We weave live and pre-recorded contributions from artists, musicians, academics and activists from around the globe together with community voices.

Congregate revolutionizes the livestream format in a world of #ZoomGloom.With generous support from Raise Karma and University of Warwick‘s Connecting Cultures fund. 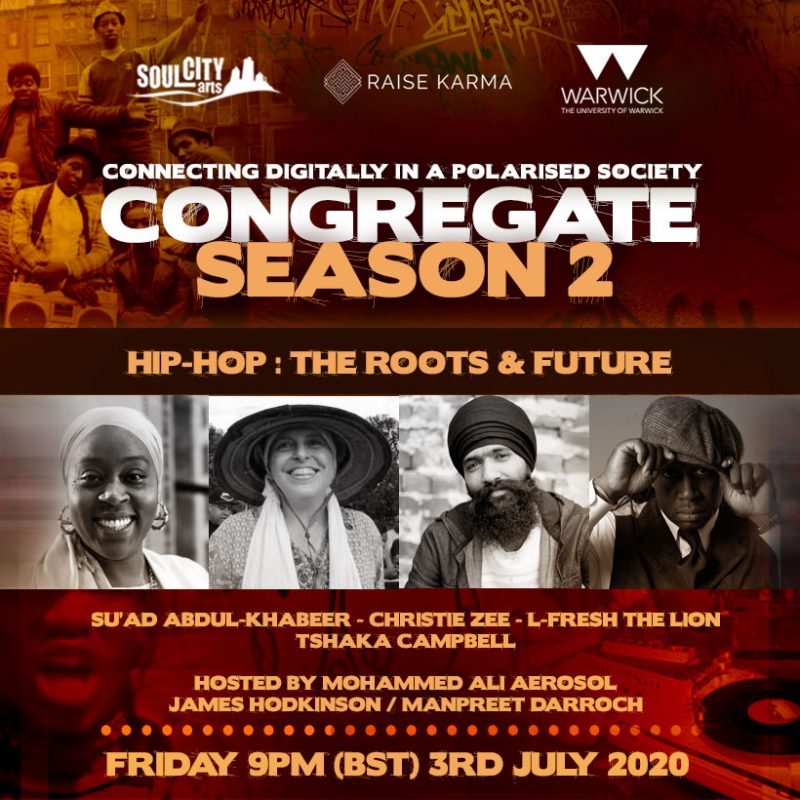 Hip hop was born in and sort to reclaim the socially disadvantaged urban spaces and culturally empower the black communities of the United States. Its techniques and aesthetics hijacked existing musical forms and transformed them into a radical new music, overlaid with the anti-establishment, politicized lyrics of rap.

Today hip-hop has travelled the globe, has been taken up by disenfranchised, minority communities, and has been reworked to function in different languages. It also is served by hi-end studios and production values, however, and drives a multi-million-dollar industry. This episode draws together the voices of hip-hop artists, academics and our creative team